If You Start Well, You End Well

If You Start Well, You End Well 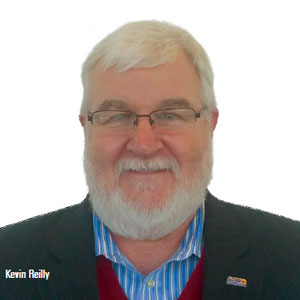 Imagine, you are a CIO who has managed to navigate the mine field known as the approval process. However, you have not implemented SAP before. Where do you start? Who do you talk to? How do you get connected into the ecosystem? That CIO was me back in 2007. Even after all of the due diligence, all of the consulting advice, all of the internal struggles, looking back on the process it was amazing how well our implementation went given the lack of information I now know we were blissfully unaware of.

"Get control of your change management from the beginning of the project, and you will control the changes instead of them controlling you"

These days, when I attend the ASUG chapter meetings I am always amazed at the amount of information shared between customers and members and vendors. War stories shared by people who have really lived through the craziness of deploying are full of the best kind of guidance, especially for first timers. The kind of on-the-ground intelligence that saves thousands of dollars, if not much more.

For instance, many customers fail to provide enough budget for change management efforts. Or per-haps they start the project allocating budget to the OCM efforts, but they start to have overruns and bleed budget, so often the change budget gets chopped – training gets cut short, for example. Whenever these OCM activities are badly affected, the likelihood of a successful completion of the project – where the company fully realizes all of the benefits desired – drops dramatically. Think of it. Put untrained or poorly trained workers in front of the SAPGUI menu screen and how many will know what to do? Even when training is extensive many users still need the support of their local super user and/or the corporate help desk – maybe even a consultant or two! The number of ways a project of this size can fail is legion, even though we have been installing these systems for decades.

This is not about the technology. When we analyze failed projects, it is almost never the software that turns out to be bad. After 20+ years, the vast majority of the bugs have been eliminated from the system. Like the 1971 Pogo comic strip said, “We have met the enemy, and he is us.” More damage has been done to a new system by modifying it to replicate what the previous system used to do than most of the so-called improvements and modifications added to SAP by company developers. We have collectively shot ourselves in the foot more times you than can count.

As you create your implementation team, whether for a brand new implementation or for a follow-on project, if you are not allowing at least 20 percent of the budget – both dollars and people – your ability to have a successful finish will be diminished. Surveys taken after project completion often indicate that enough training was not provided. Users always want more, and in this case they are usually very right.

Roger Enrico said: “The soft stuff is always harder than the hard stuff.” Boy is he right! The soft stuff is really the hard stuff. The vast majority of the technical decisions to be made in an SAP implementation have fairly clear choices that have well understood technical solutions. Not so with our functional issues. Not so with our training topics. And definitely not so for most of the OCM concerns. If you mix in the kind of corporate culture you have, the choices get even more complicated. It is really no wonder that many high-visibility projects have crashed and burned – and not due to the technical issues, due to the so-called soft stuff.

Keep your implementation out of the soft stuff mire by being aware of the people and process issues from the very beginning. Do not create your project plan focusing only on the hardware, software, and consulting problems. Make sure you bake in your OCM solutions right alongside the rest of them. When you project plan is finished, if you aren’t spending at least 20 percent of your efforts on the OCM concerns, then go back and beef up your OCM work. It will pay big dividends in the end. Don’t forget to create a retraining schedule as a follow-up to the main project. Putting a user into class for a day or two, then expecting that they have become an instant expert is crazy thinking. A Chinese proverb states “Tell me, I’ll forget. Show me, I’ll remember. Involve me, I’ll understand.” Since most of our stand up training is “tell me” type training, much of the information taught gets lost. Add demos and the retention goes up. Add active lab work, and you have the best chance of having a user population that really uses the SAP system to its best advantage.

Get control of your change management from the beginning of the project, and you will control the changes instead of them controlling you.

Whether you are that proverbial new-to-SAP CIO, or whether you are an old-timer, taking short cuts in the change management area will always come back to bite you. Thankfully, there is no shortage of customers who are happy to share their insights and “Aha!” moments with the rest of us.

Hybrid Work Has Forever Changed The Need For It In Ramboll

How T-Mobile brought an Un-carrier approach to tech hiring

Great Expectations: Balancing the diverse needs of a city in a...

"Discovery and Delivery" - An Approach to IT Workload Balance